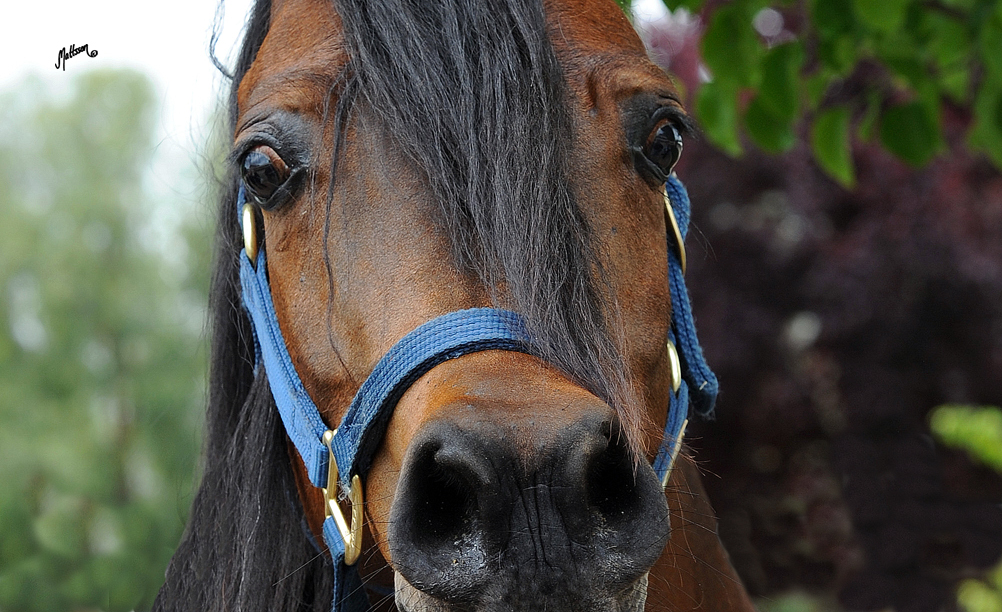 I remember after the 2004 Polish National Show (which was when the WAHO-conference was held in Poland), everyone talked about the bay filly that was so spectacular and so perfect that no one ever seen anyone like that. Her name was… Pianissima. Of course she was named Polish National Junior Champion and Best in Show and everyone that saw her knew that they just witnessed the beginning of an impressive career. 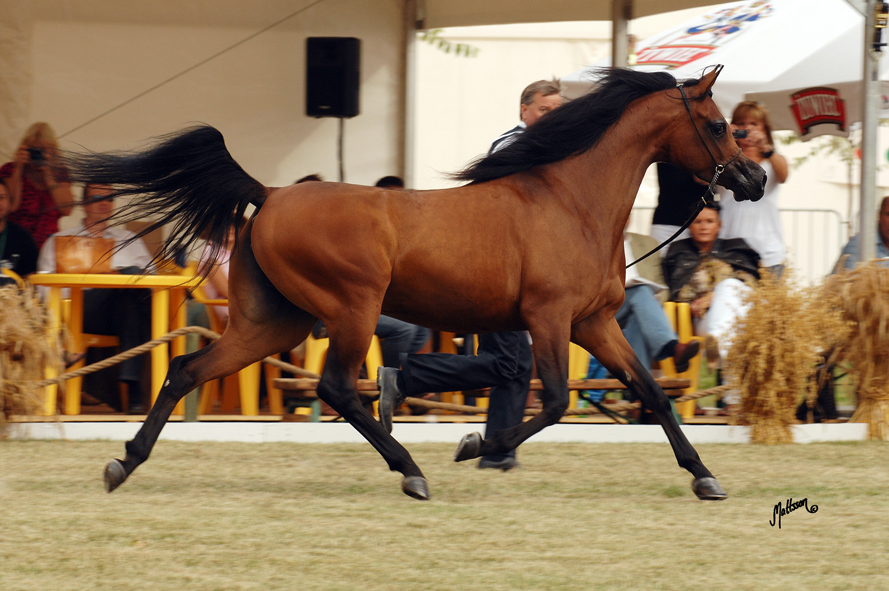 Pianissima was born on the 13th of January in 2003 and she was the first foal born at Janów Podlaski by the stallion Gazal Al Shaqab (Anaza El Farid x Kajora/Kaborr). Quite a beginning of his breeding career in Poland! Pianissima´s dam was the bay Eukaliptus-daughter Pianosa. Her dam was Pinia by Probat and out of the legendary Pilarka (Palas x Pierzga/Negatiw). This was 5-year old Pianosa´s first foal and she would have three more foals prior to her untimely death. Pianosa is also the dam of Polon 2005 (by Ekstern) owned by Halsdon Arabians UK, Passionaria 2007 (by Gazal Al Shaqab) Bialka Spring Show Reserve Champion and Stakes winner, Paladid 2008 (by Al Adeed Al Shaqab). 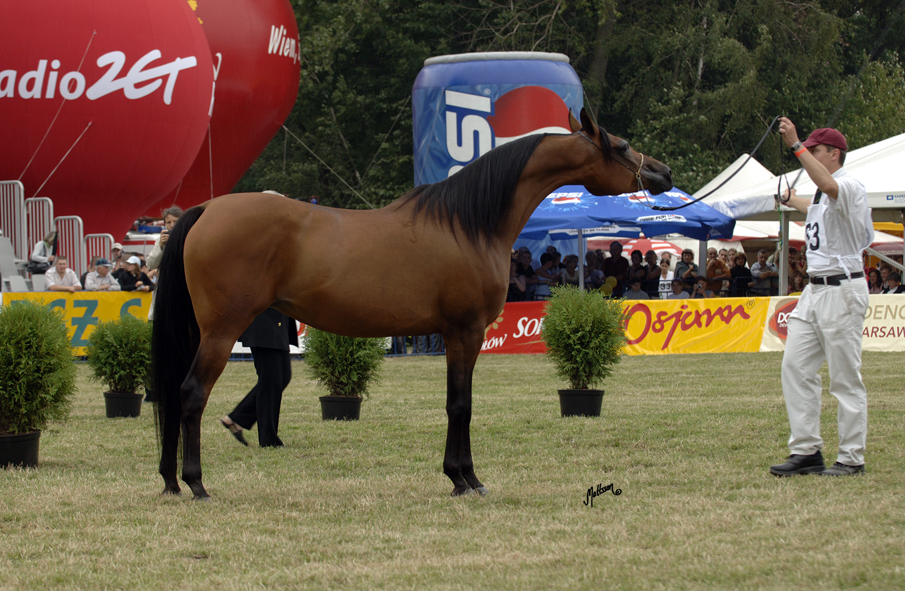 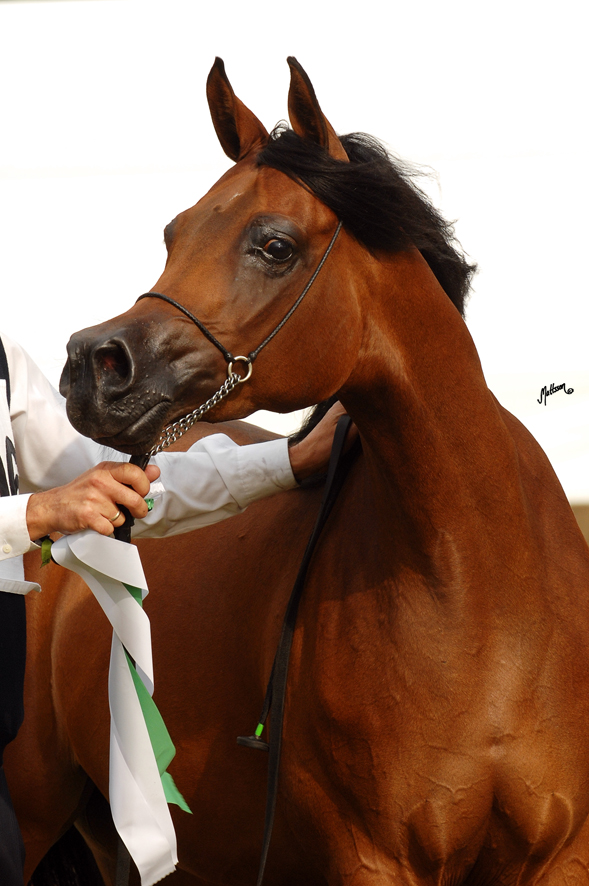 Pianissima´s first offspring were born in 2007, two fillies – EVG Piassondra (by Pershahn El Jamaal) and Nismat Albidayer (by Ames Charisma). Another filly, AJ Penelope (by El Nabila B) and the colt PA Encore (by Enzo) were born in 2008. The filly AJ Penelope, bred by Pride of Poland USA LLC and owned by Ajman Stud, is currently standing at Janów Podlaski. The colt PA Encore unfortunately broke his leg and despite an operation that seemed successful his life could not be saved. Finally Pianissima got to carry her own foal and in the summer of 2009 a lovely bay filly was born and this Ganges-daughter was named Pia. She is standing at Janów Podlaski as is the Eden C-daughter Pianova who was born in 2011. Both fillies were born at Gallun Farms in California. Still in California is the spectacular bay colt Prometeusz (by FA El Shawan) and I am sure that we will see lots more of this promising colt. 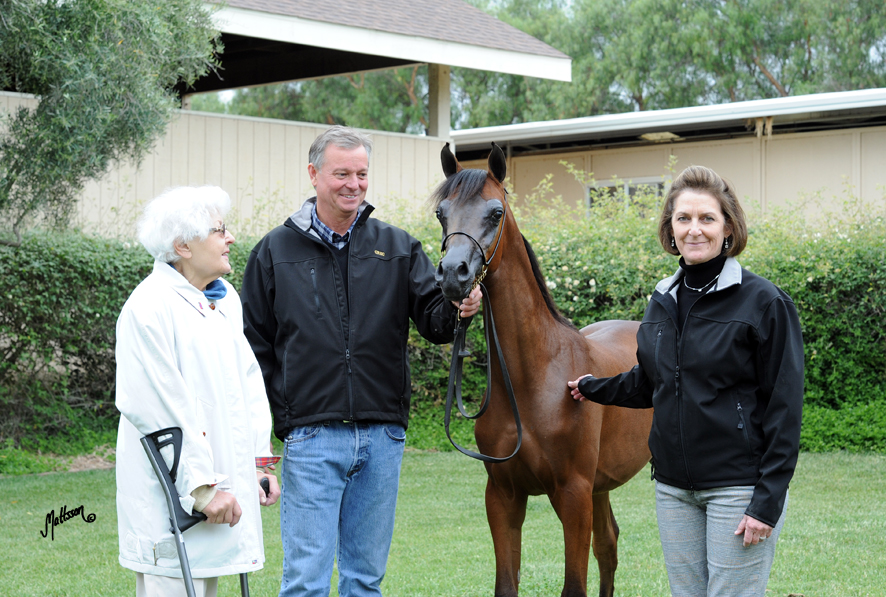 Izabella Pawelec-Zawadzka, Greg and Nancy Gallun with Prometeusz in April 2013 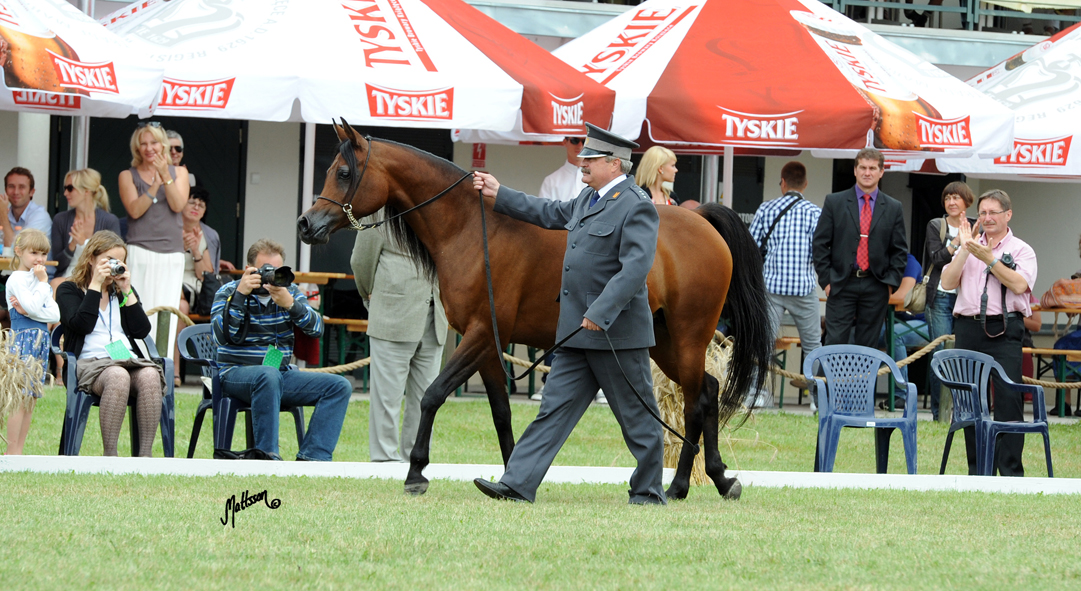 Pianissima stopped by Dubai on her way home to Poland in 2012 and won another Championship. Back in Poland she was awarded with the prestigious WAHO-trophy and it was a memorable moment when the Gallun´s were standing with her during the price ceremony. She spend several years in the care of Nancy and Greg Gallun and all of us that saw “Penny” in Santa Ynez know how loved and cherished she was. And she loved the never ending storage of carrots that “the Queen” had. 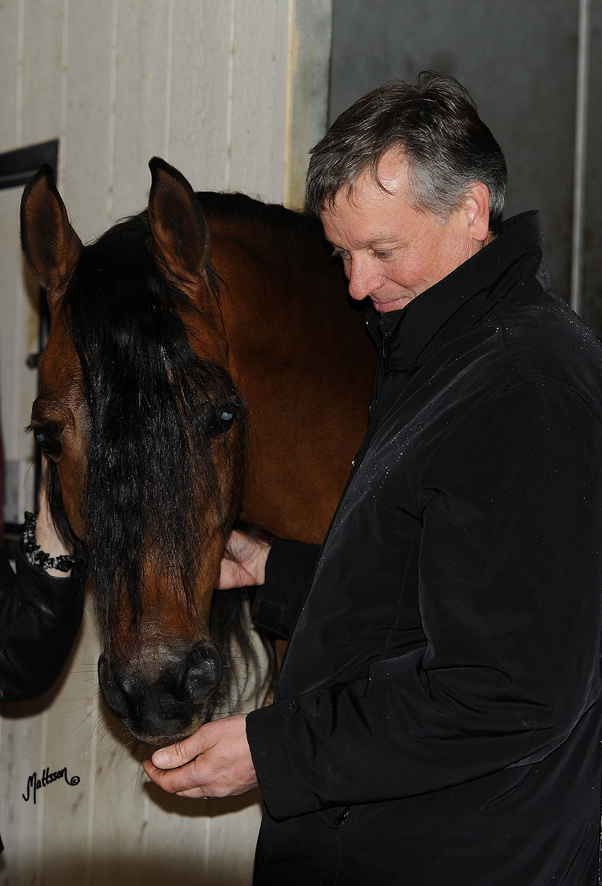 Pianissima and her friend Greg Gallun

At the World Championships in Paris in 2013 Pianissima entered the showring for the last time when she was awarded with the Platinum Award and now there is nothing more for this amazing mare to win – she has done it all. 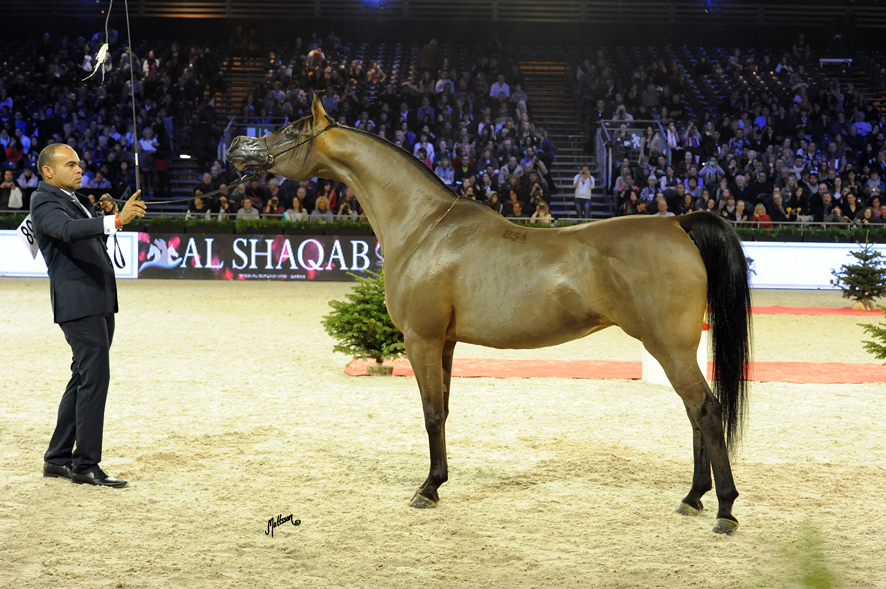 I hope that Penny will have a wonderful Birthday with lots of carrots! It feels great to have her back at Janów and I hope that we will see lots of more Penny-babies in the future.

One Reply to “Happy Birthday Pianissima!”