In 1993 when I visited Michalów State Stud I was thrilled to see the stallion everyone was talking about – a great moving chestnut stallion that totally impressed me with his sweet disposition but yet powerful approach when he started to move. This soon to be legendary stallion was the one and only Monogramm by Negatraz (Bask x Negotka/Negatiw) out of Monogramma (Knippel x Monopolia/Priboj), bred by Patterson Arabians and owned by the Bishop family in USA. I cherish the memory when I walked into his stall and he turned his beautiful head to me and from then I was a totally in love with this amazing stallion. 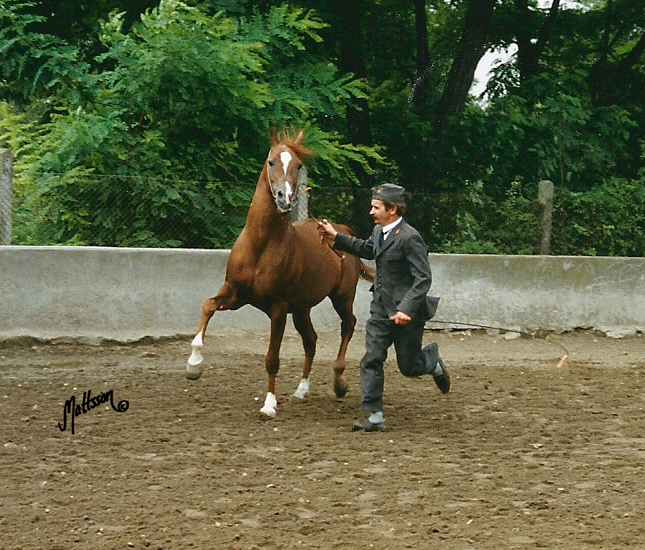 Director Ignacy Jawarowski believed a lot in Monogramm and bred most of the mares to him and the foal crop of 1994 were nothing less than spectacular. The impact of Monogramm in Poland has been immense and two of his great sons are still standing at 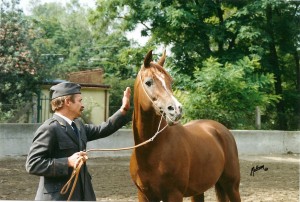 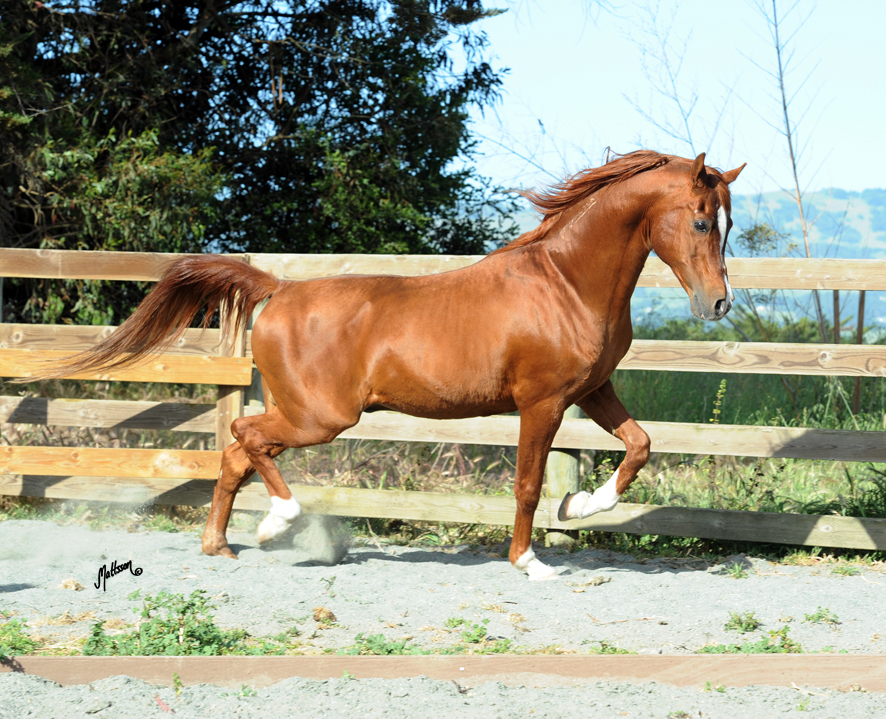 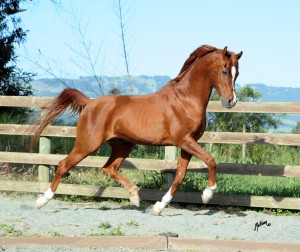 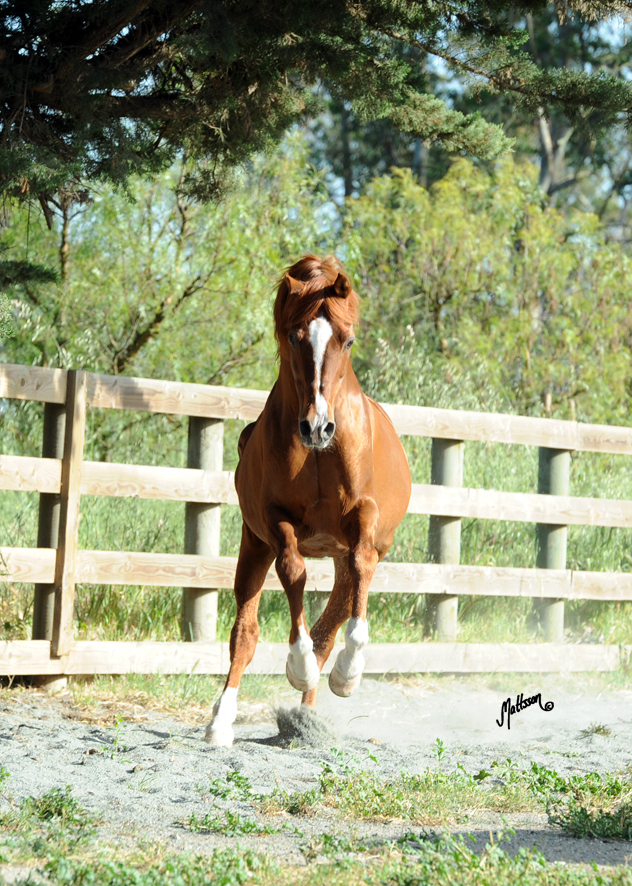 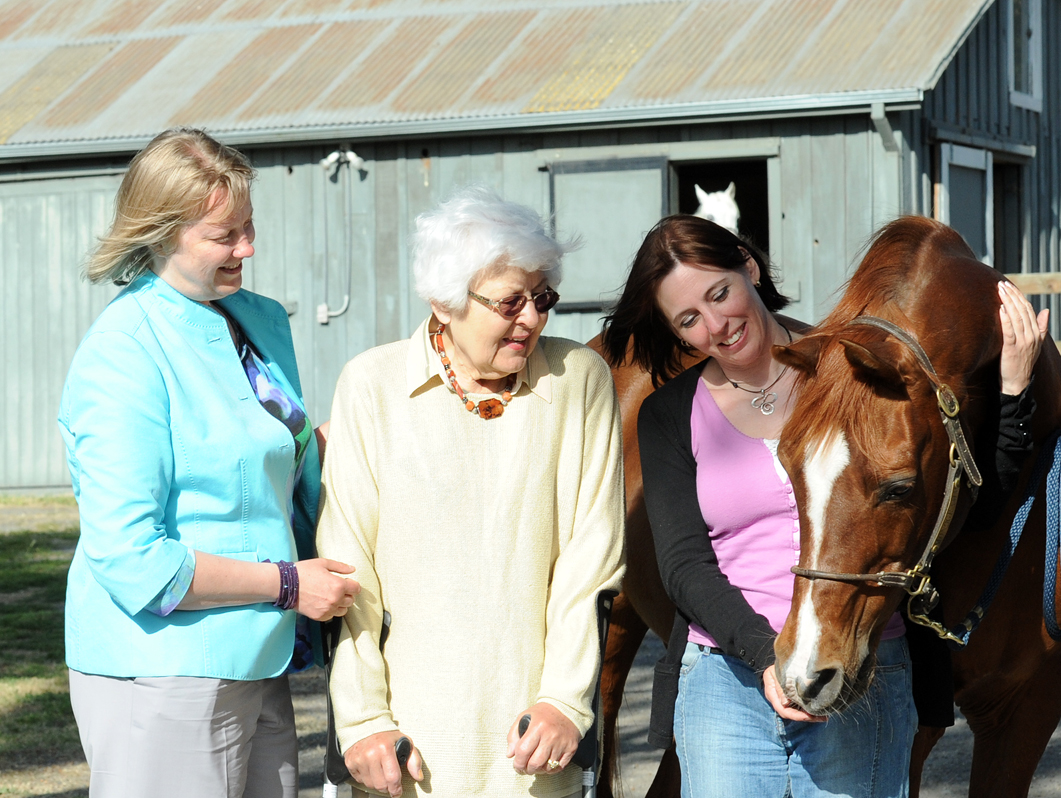 Since I met Monogramm in Poland in 1993 I have wanted to meet him again but it was not until 20 years later that the opportunity came to visit the Bishop´s and to meet Monogramm as well as his beautiful son Concensus (out of Opalesce/Bandos). With me on my roadtrip in California was a person very special for Monogramm and instrumental in getting him to Poland – Mrs. Izabella Pawelec-Zawadzka – and the last time she met him was also during his time in Poland so it was a very emotional meeting for all of us. We were honoured to see him out loose and he put on a true Monogramm-show and it was a moment I will carry with me forever. Thank you Shilo and Meredith for an amazing time with you and your horses! Monogramm is such a gift to the breed and I can not imagine what Polish breeding would be without him. 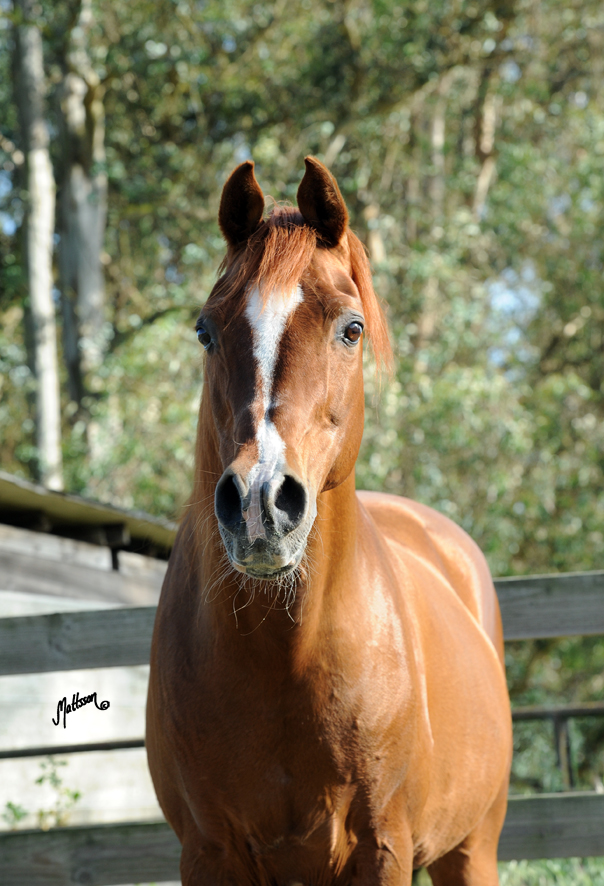 3 Replies to “Monogramm – the living legend”