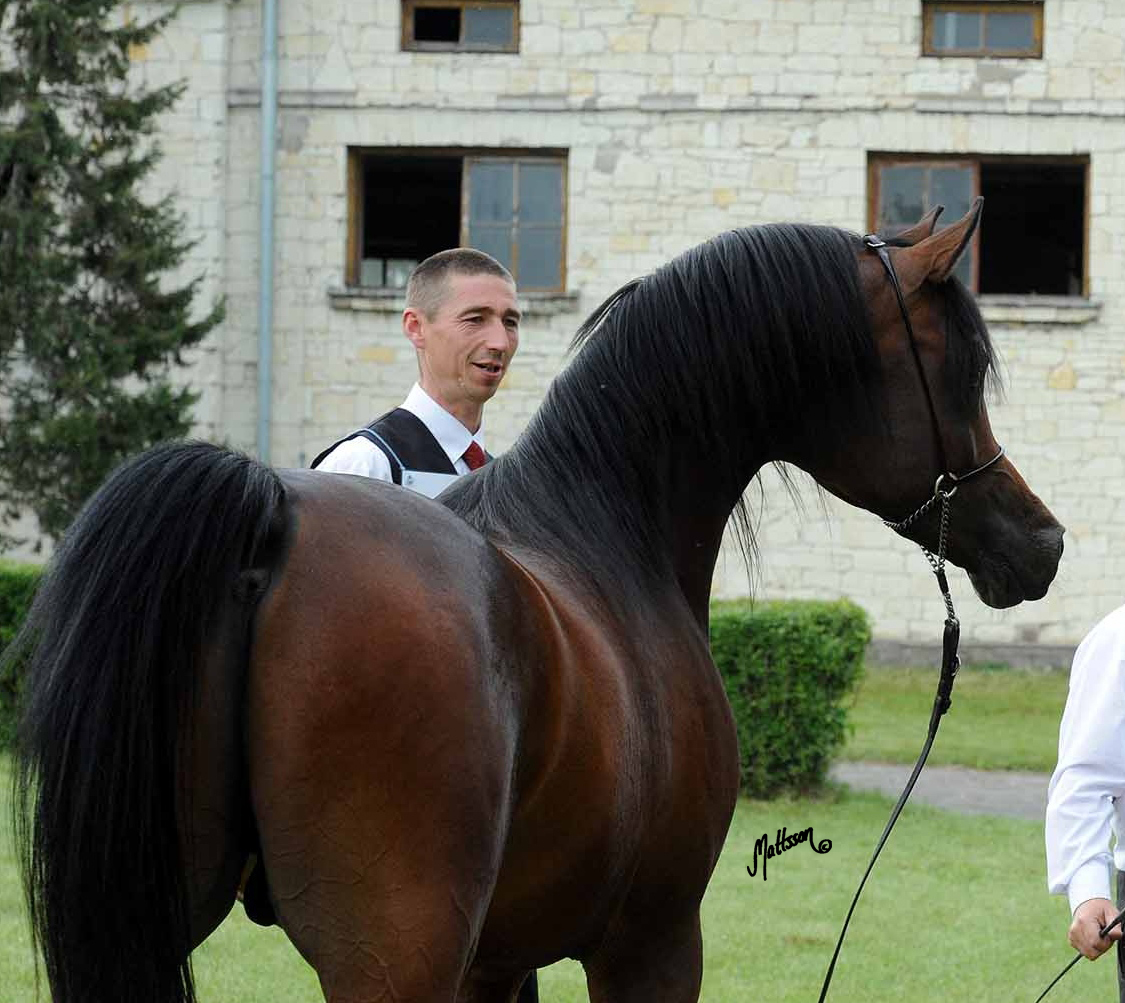 The young stallions Empire (Enzo x Emira/Laheeb) and Equator (QR Marc x Ekliptyka/Ekstern) are the two young stars at Michalów State Stud in Poland. This week both of them had their first offspring born at the Stud and it will be an exciting spring seeing more foals by these two promising young sires. 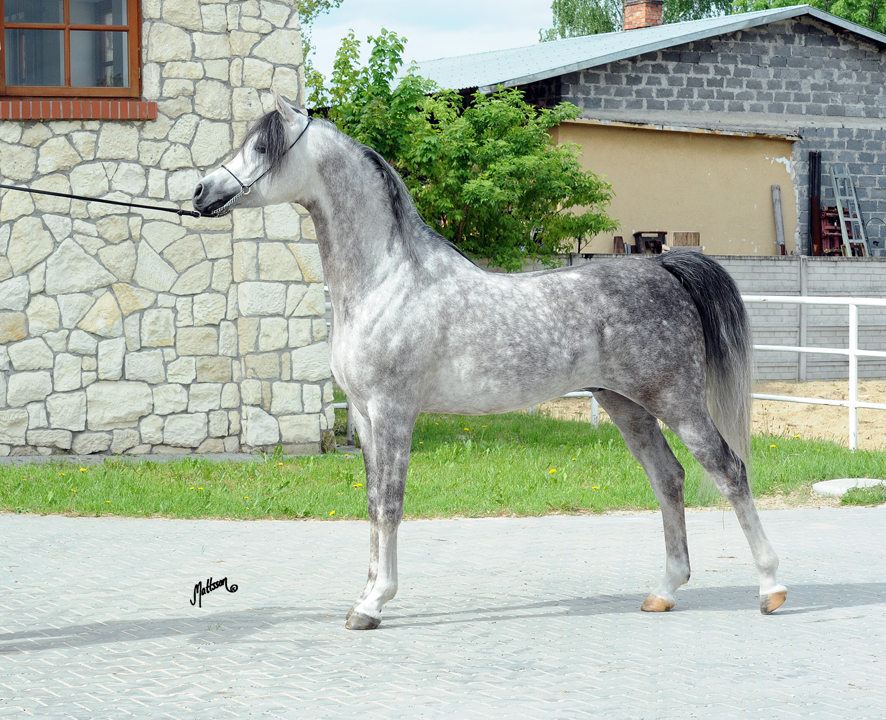 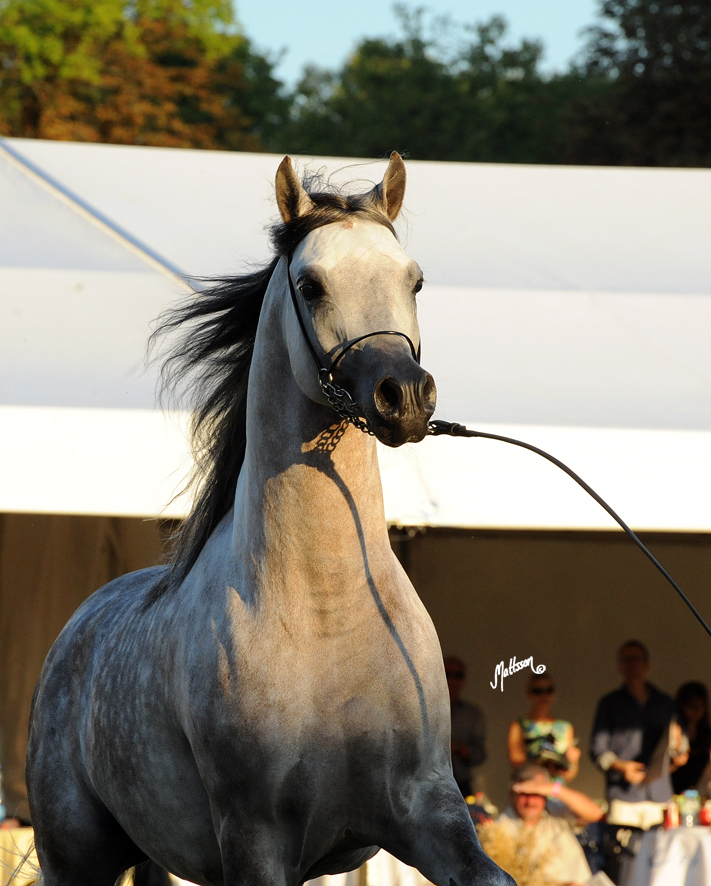 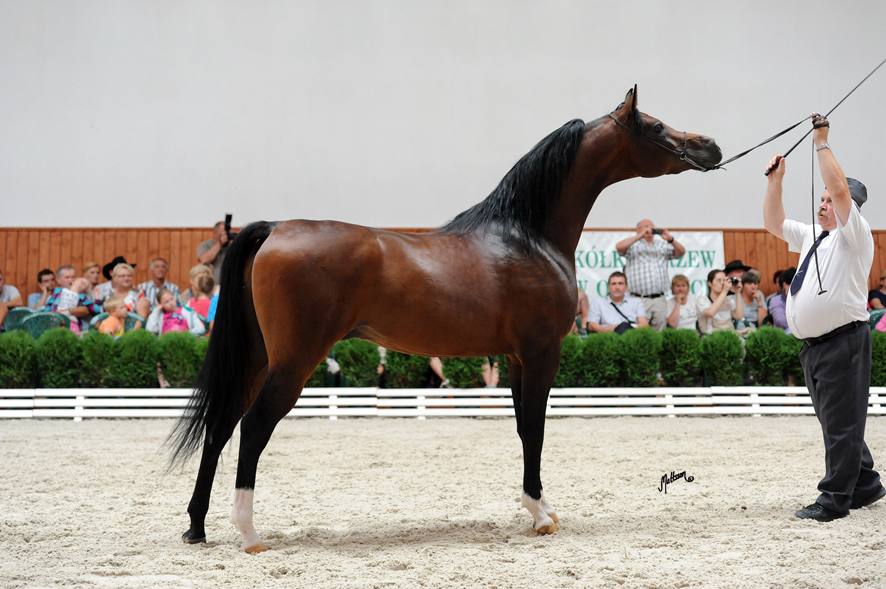 Equator was born in 2010 and he is by World Champion QR Marc (Marwan Al Shaqab x Swete Dreams/Magic Dream CAHR) and out of Ekliptyka (Ekstern x Ekspozycja/Eukaliptus). Ekspozycja is the full-sister to the chestnut stallion Esperanto, 1997 Polish National Junior Reserve Champion Stallion, owned by Haras de Cardenas in USA. 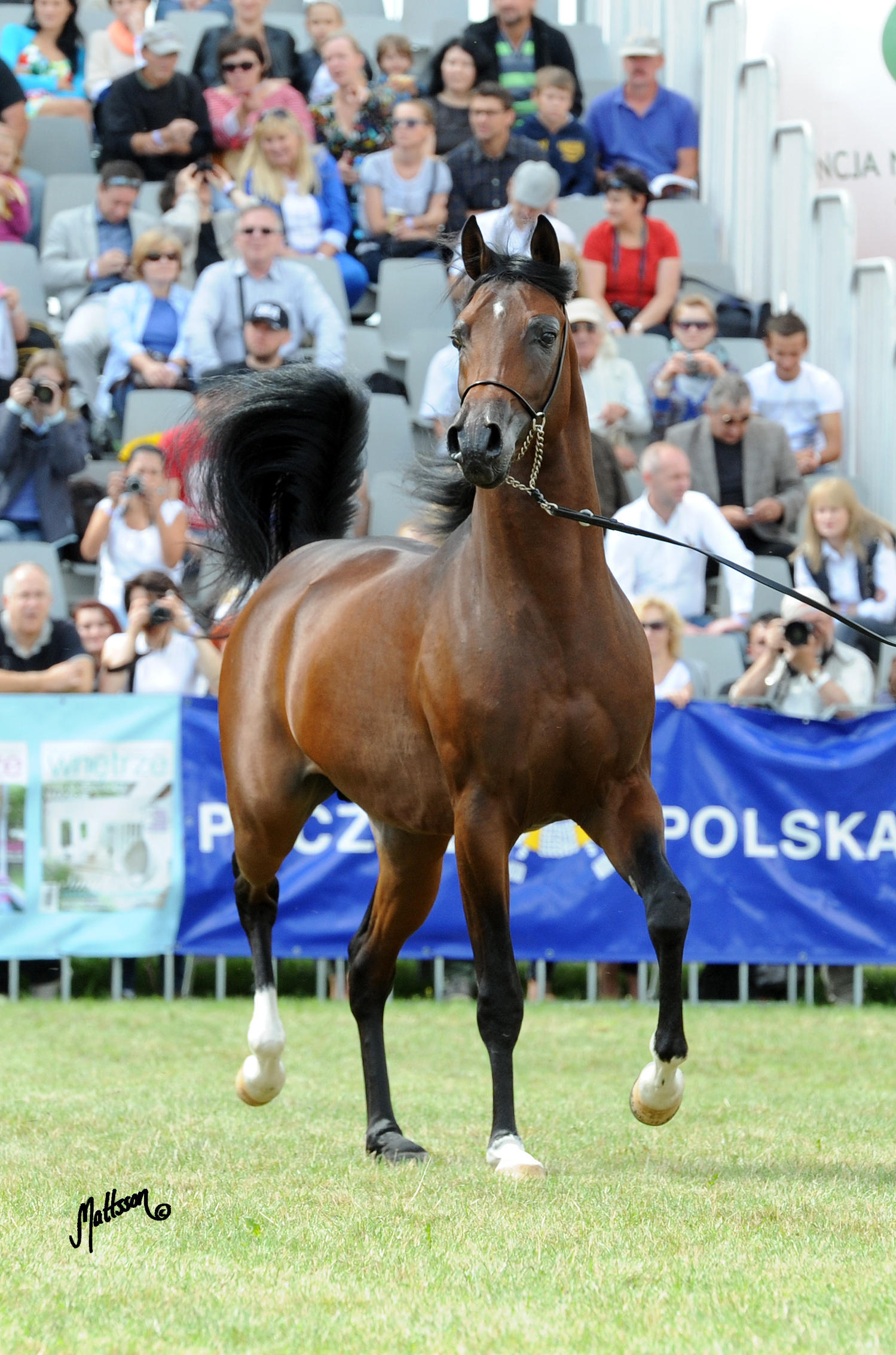 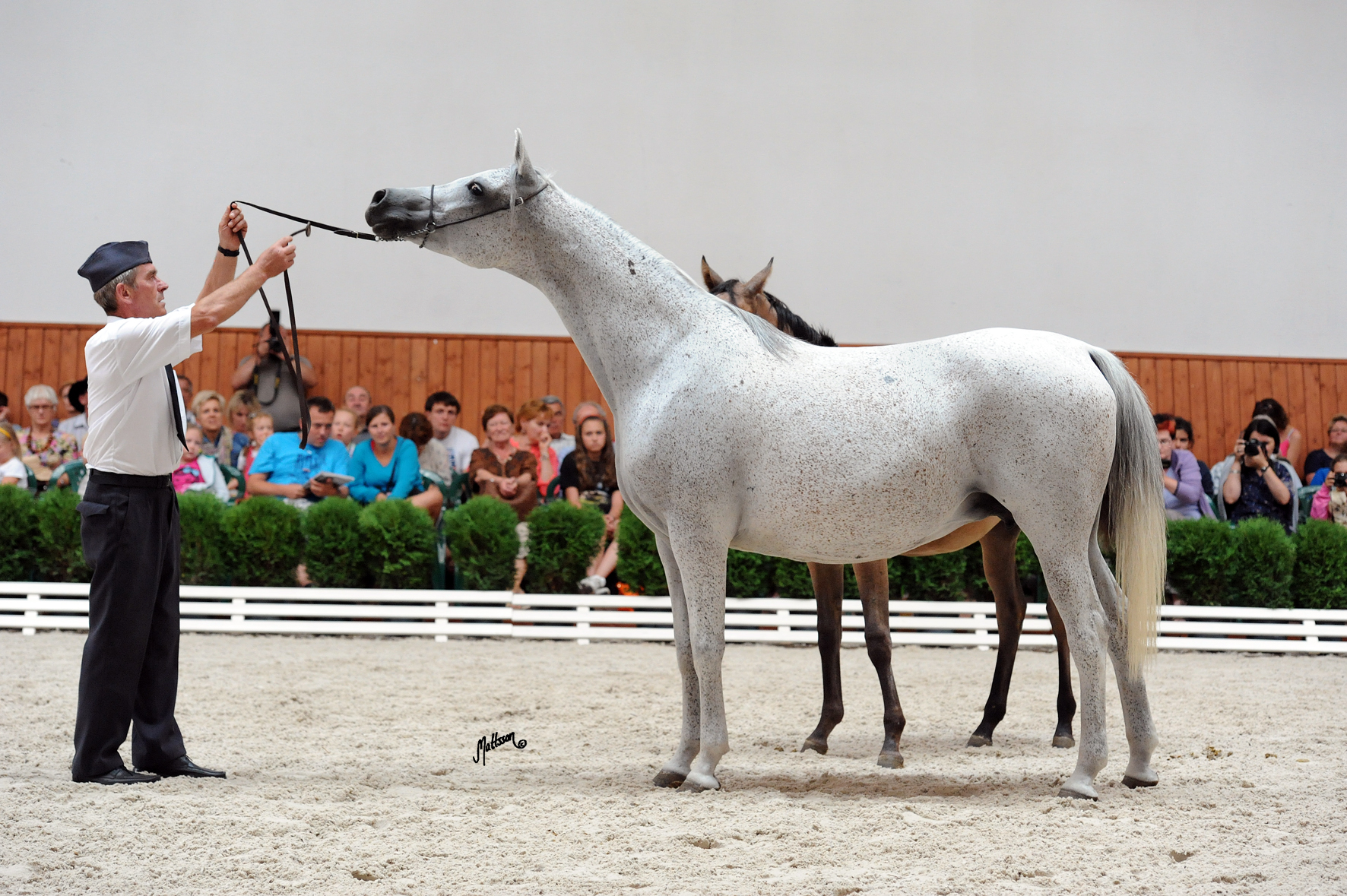 So, which mares are those two young foals out of… Empire is the sire of a filly out of the grey mare El Emeera, a daughter of Ekstern (Monogramm x Ernestyna/Piechur) and out of the great Emanacja (Eukaliptus x Emigracja/Palas). El Emeera was the last daughter of her legendary dam and she was born in 2002. El Emeera is the dam of the athletic and pretty El Mediara (by Eryks) who returned from the racetrack at the end of 2013. The newborn foal has three lines to Estokada, twice through her daughters Eskapada and once by Estebna – both mares by Nabor. 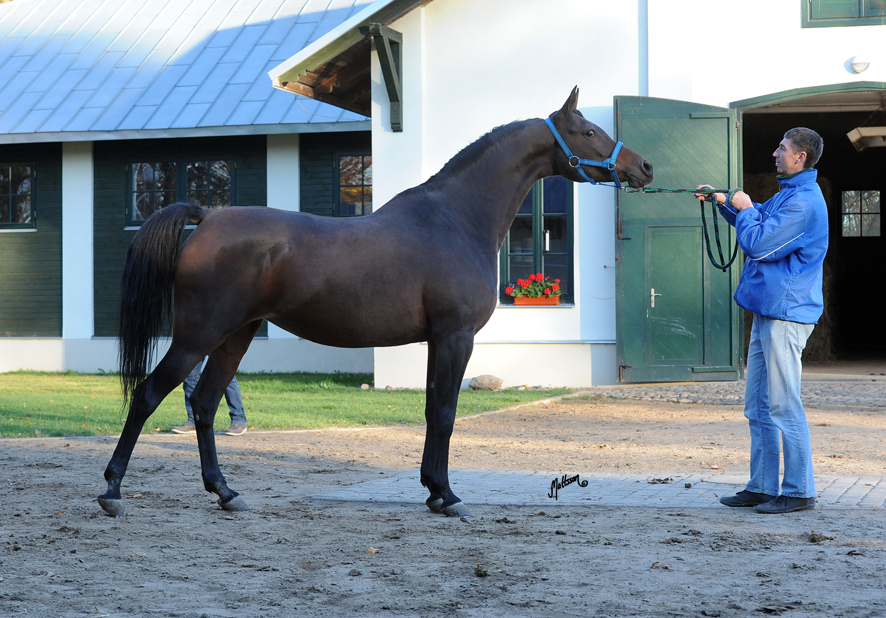 Equator´s first foal is a colt out of the great moving Gazal Al Shaqab-daughter Daga. This dark bay 163 cm tall mare is out of Dajana (Wojslaw x Dalida/Probat), the full-sister to the outstanding race horse Druid. He won 13 of his 16 starts which includes the Derby, Janów Podlaski (Arabian Produce) St., 2 x Europa Cup and 2 x Criterium. Druid was sold to the Turkish Jockey Club for 500.000$. The dam of Dajana and Druid, the beautiful Dalida, was herself also a Derby winner and she sired not only great race horses but great showhorses including Junior Spring Show Reserve Champion Mare Dziecielina (by Arbil), Syracuse Junior Champion Mare and Reserve Champion Mare Diaspora (by Ganges) and Demona (by Monogramm) – dam of Polish National Junior Champion Stallion and Polish National Senior Silver Champion Stallion Drabant (by Gazal Al Shaqab).

I am looking forward to seeing the offspring by Empire and Equator and what they will pass on to their get. We will also have some foals by them here in Sweden, the full-sister to Ekstern, Ernera, is ready to have her foal by Equator any day now and in two weeks the Kwestura-granddaughter Krasnica (QR Marc x Kasjopea/Eldon) is ready to have her first foal and she is in foal to Empire. Both mares are owned by Sinus Arabian Stud. Slängsboda Arabian Stud is also expecting a foal by Empire in just a few weeks out of the snow-white mare Garuda (Galba x Gotlandia/Pesal).

The foaling season is upon us and the excitement has begun! I wish all the mare owners a great season with healthy foals and that many dreams are fulfilled! 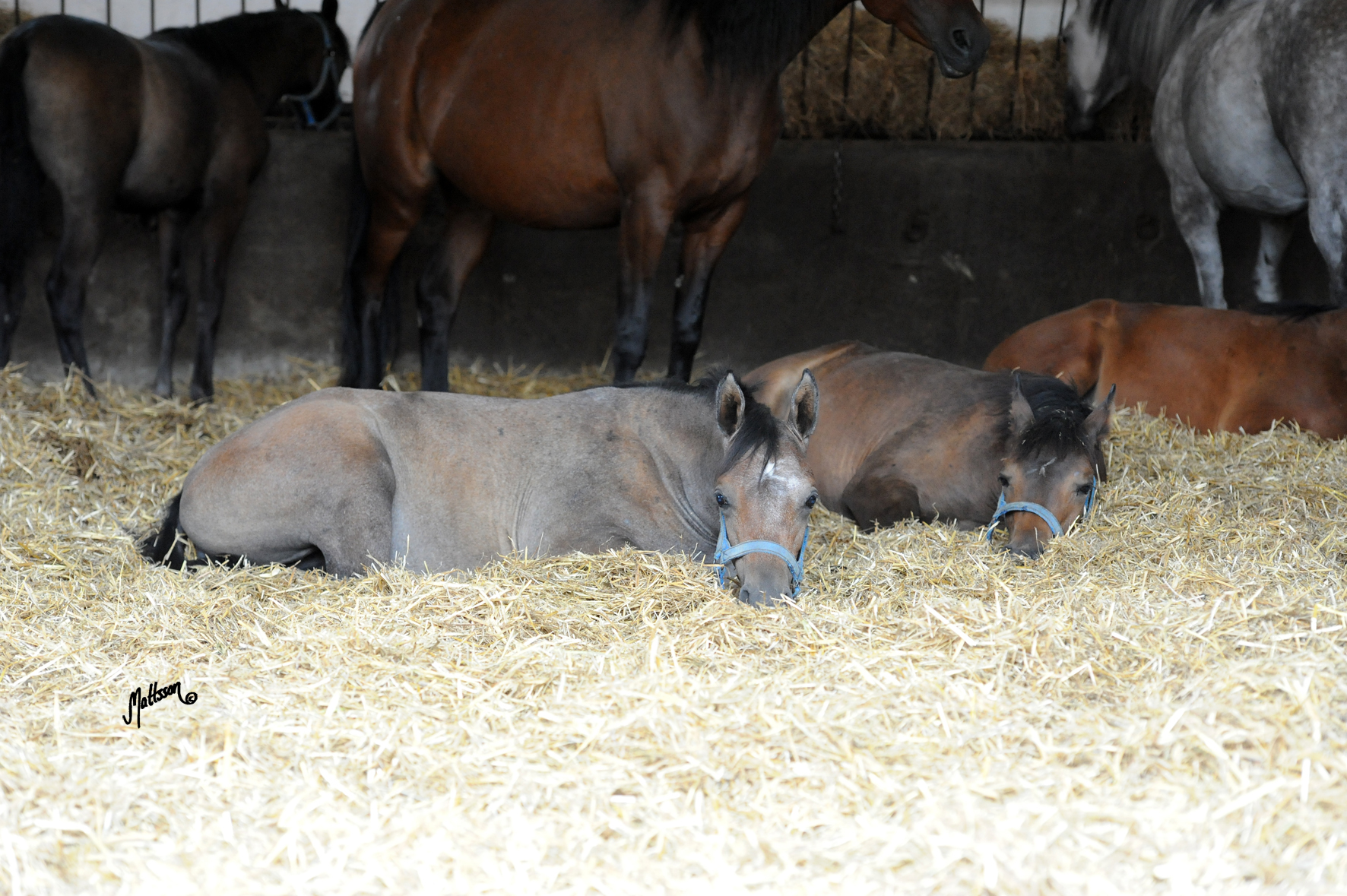