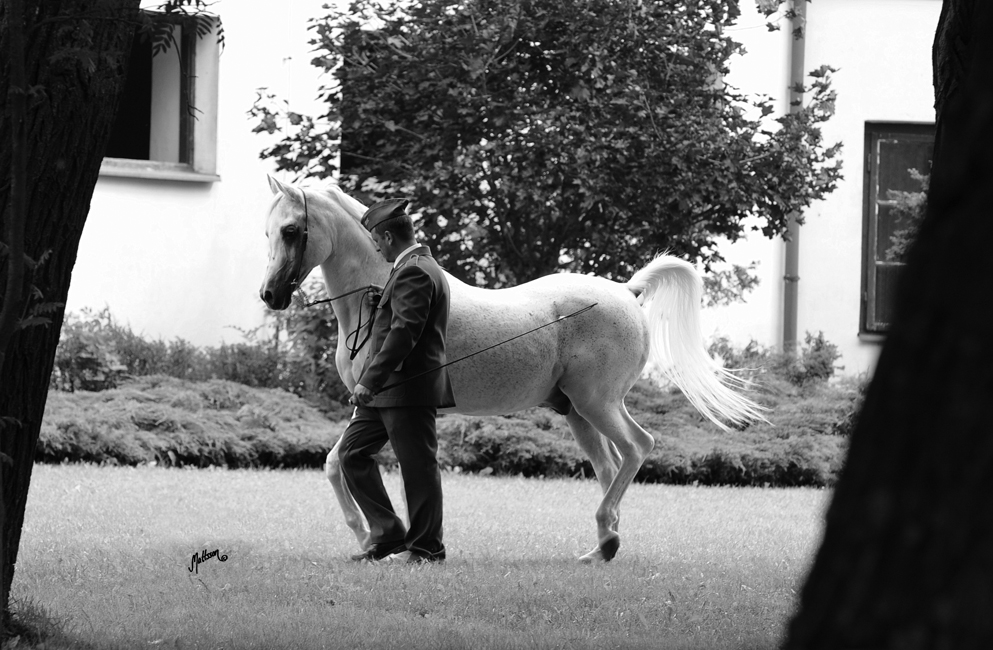 One of my favorite mares in the 1980´s was the amazing Arra (Bandos x Arba/Comet), Triple Crown winner (Derby, Oaks and Criteriewinner) as well as 1983 European Champion Mare and 1986 Polish National Champion Mare, a fleabitten mare with huge black eyes, a beautiful head with a great neck and lot of charisma – a classical Polish mare that showed that a beautiful horse also could do well in racing/performance. 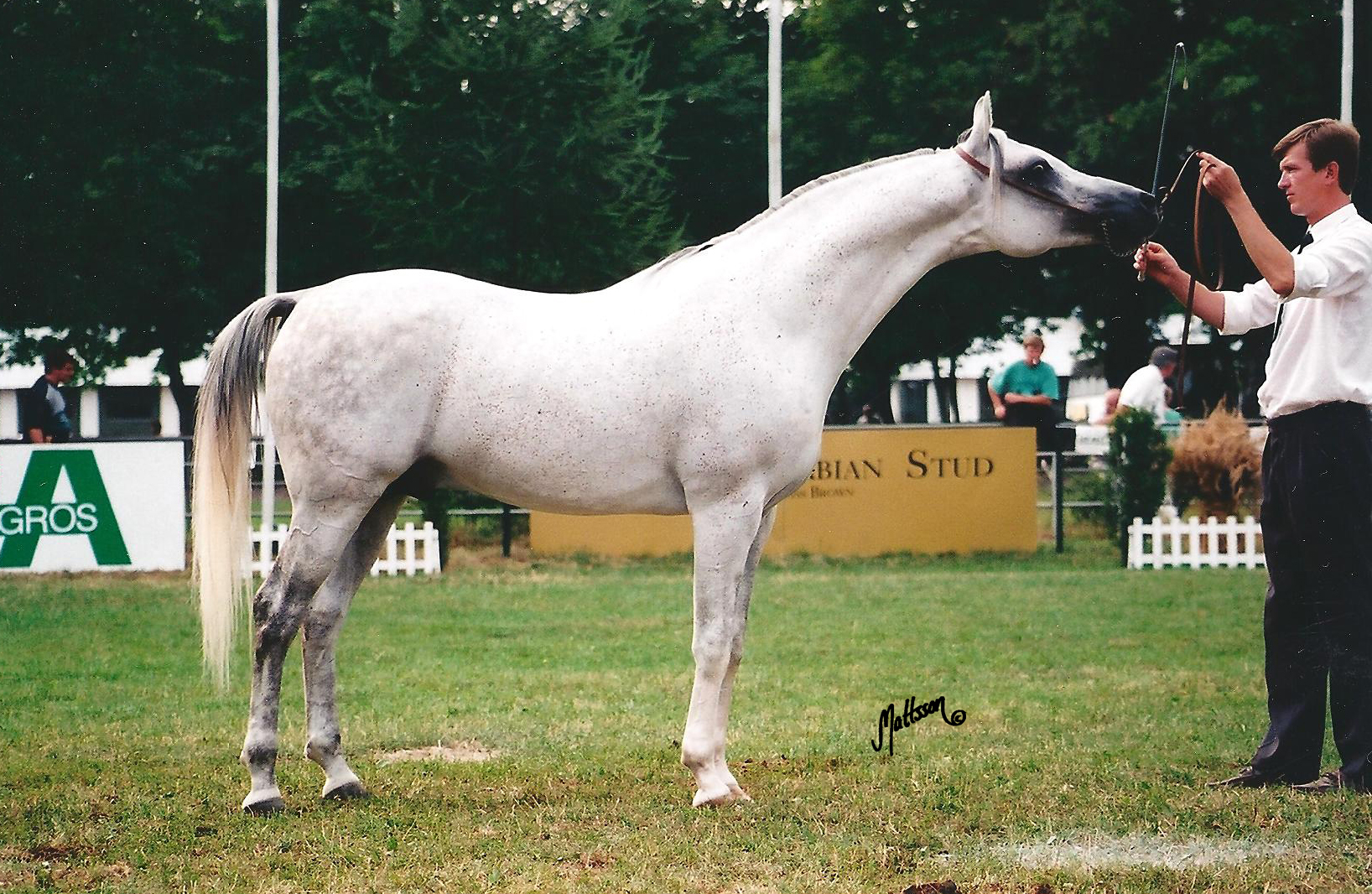 Ararat shown in the Breeding parade at Janów Podlaski in 1995

She produced three foals by Palas (Aswan x Panel/Nil) – the Golden Cross – and the resulting foals were all great. The first was a grey colt born on the 19th of January 1985 and he was named Ararat. He would be the most important son of Palas in Polish breeding and today we celebrate Ararat´s 29th Birthday! 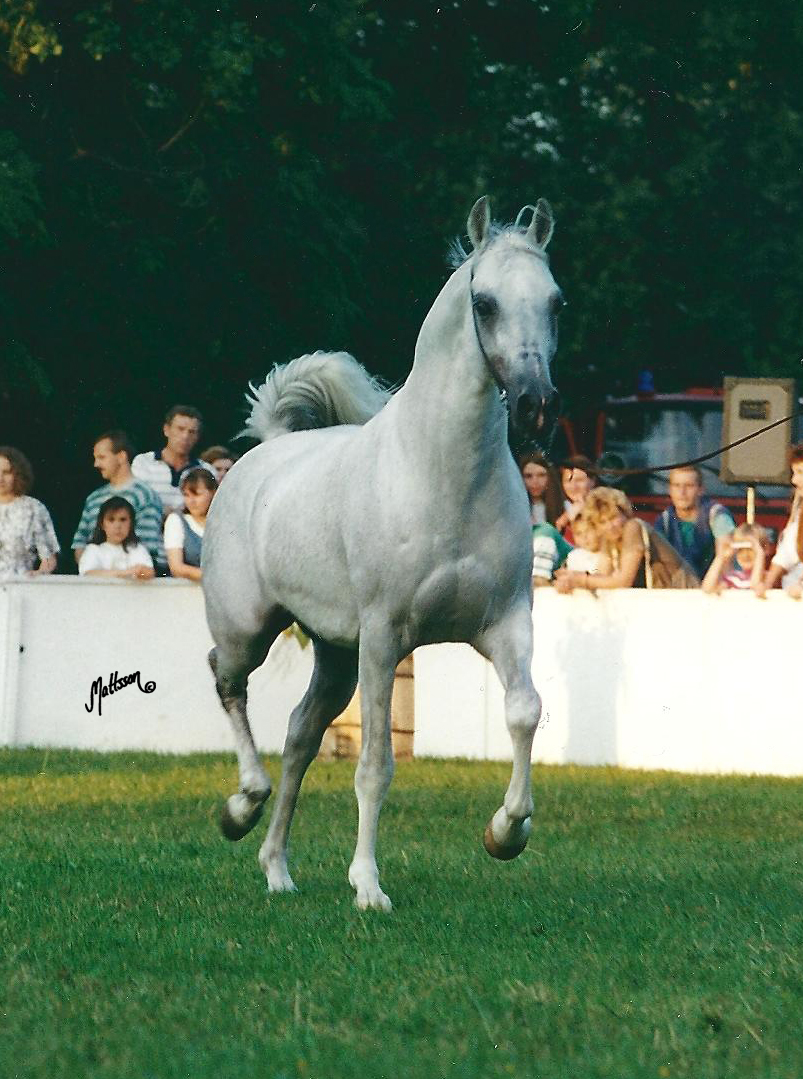 Ararat at the Polish National Show in 1996

In 1986 Arra had a dark brown colt named Arras and he was just as beautiful as his older brother. He was sold to Austria and was the 1994 Austrian National Champion Stallion. Arra then had a daughter in 1987 and her name was Arina. This snow-white beauty was later sold to Cullinghurst Stud in the UK and has been very valuable in their breeding program, not the least for producing the black stallion Arastin (by Simeon Sadik). Arina died in August 2009. 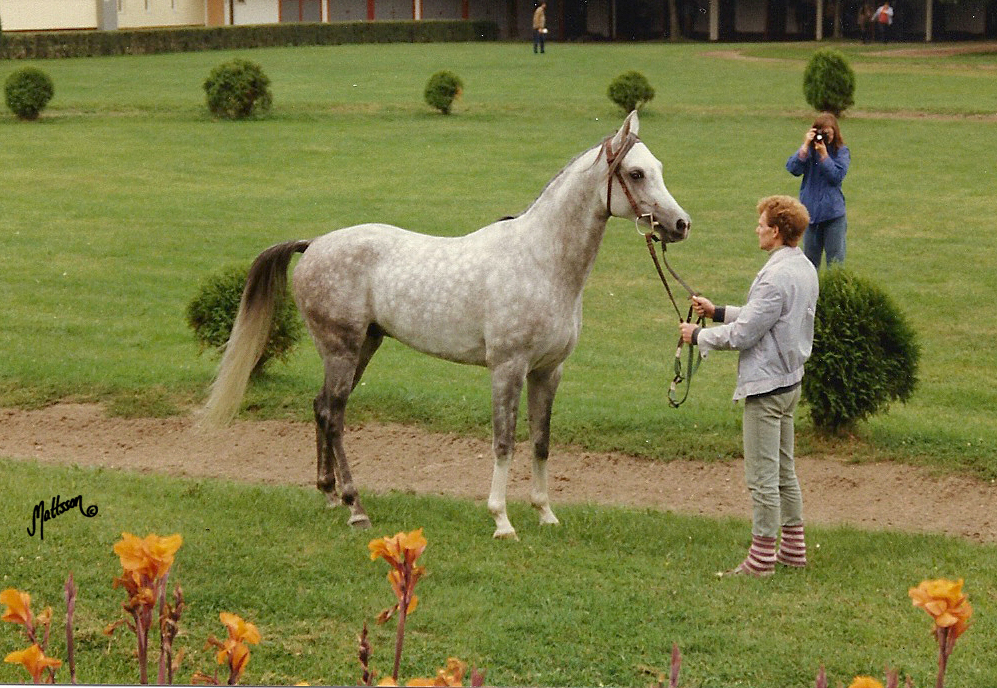 The first time I saw Ararat was at Warsaw Racetrack in September 1989. I was thrilled to see this promising young stallion and his fullbrother Arras as I knew that the expectations on them were high. Ararat raced for two seasons with 17 starts – 4xI, 2xIII, 5xIV. He started his breeding career at Michalów Stud in 1990 and in his first foal crop of 6 foals two future National Champions were born – Emigrant (out of Emigrantka/Eukaliptus) Polish National Champion, European Champion and All Nations Cup Reserve Champion and Fonola (out of Fletnia/Eternit) Norwegian National Champion Mare. He is also the sire of the beautiful Euskara (out of Euglena/Banat), bred by Kurozweki in 1993 and owned by Agmal Arabians. She was the 2005 Swedish National Champion Mare. 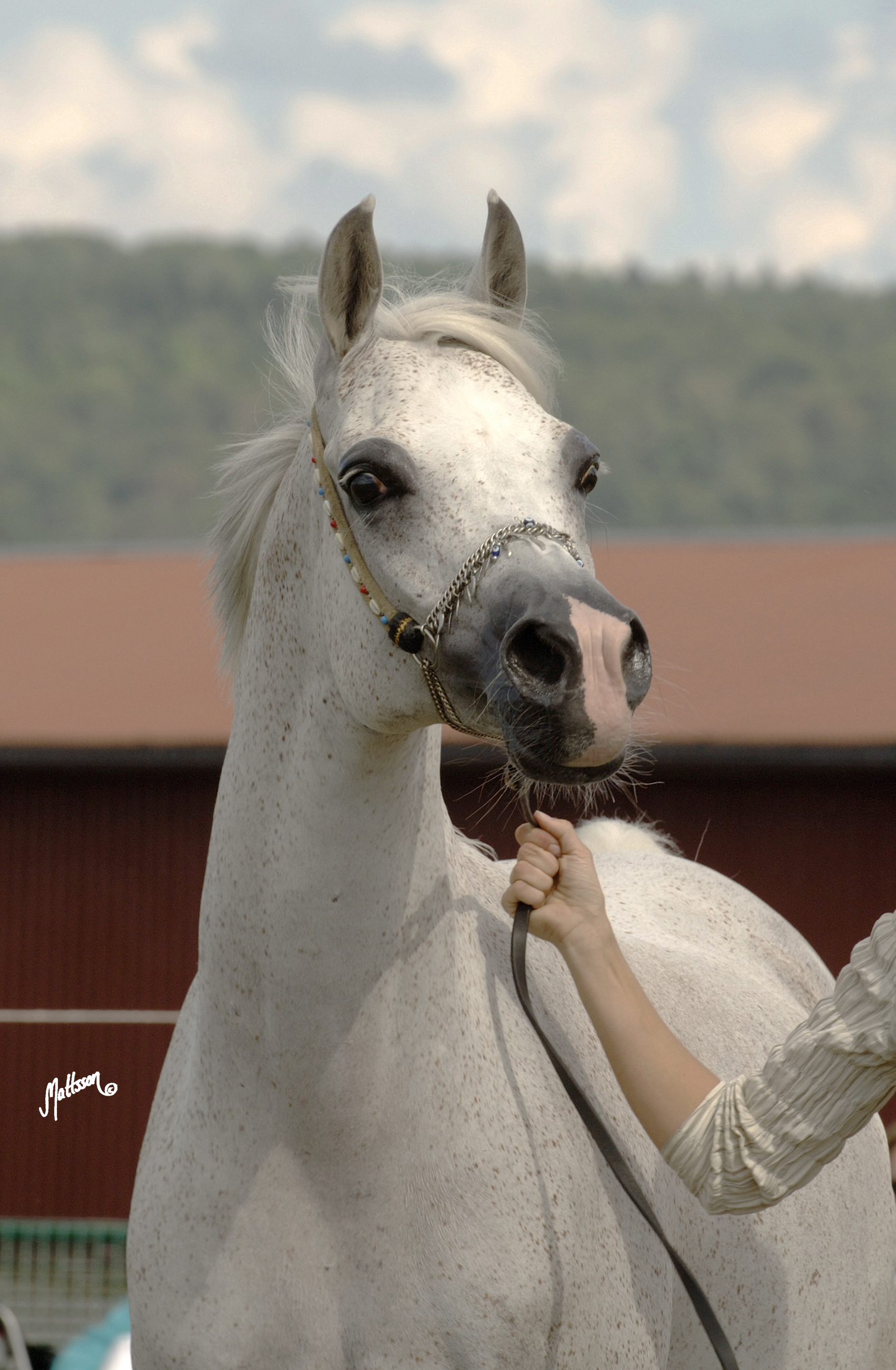 Ararat has been standing at stud at all four State Studs (Janów Podlaski, Michalów, Kurozweki and Bialka) and he was leased out to Vlasakker Arabians in Holland in 2003 and to Arabians Training Point in Italy in 2005. 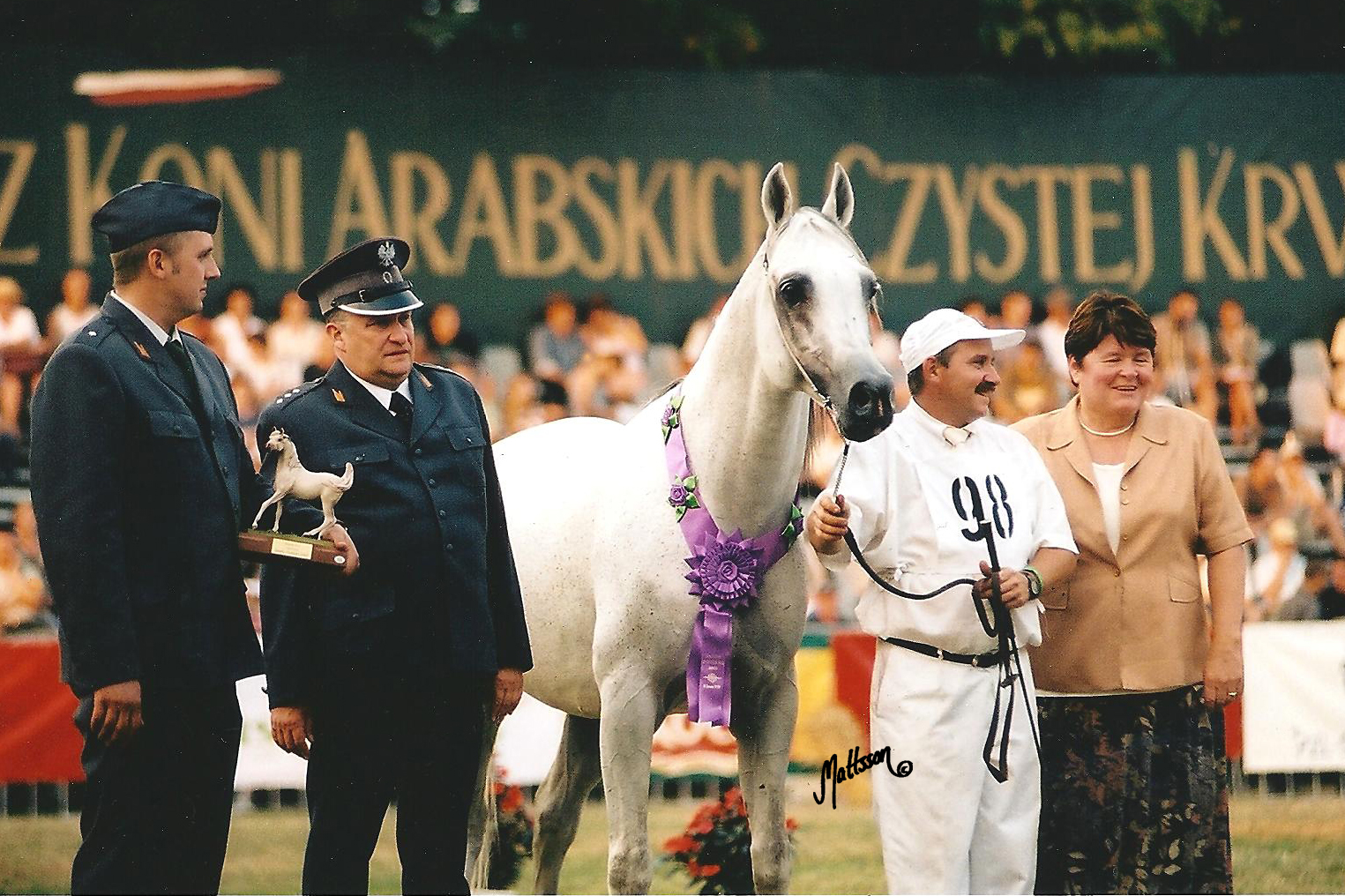 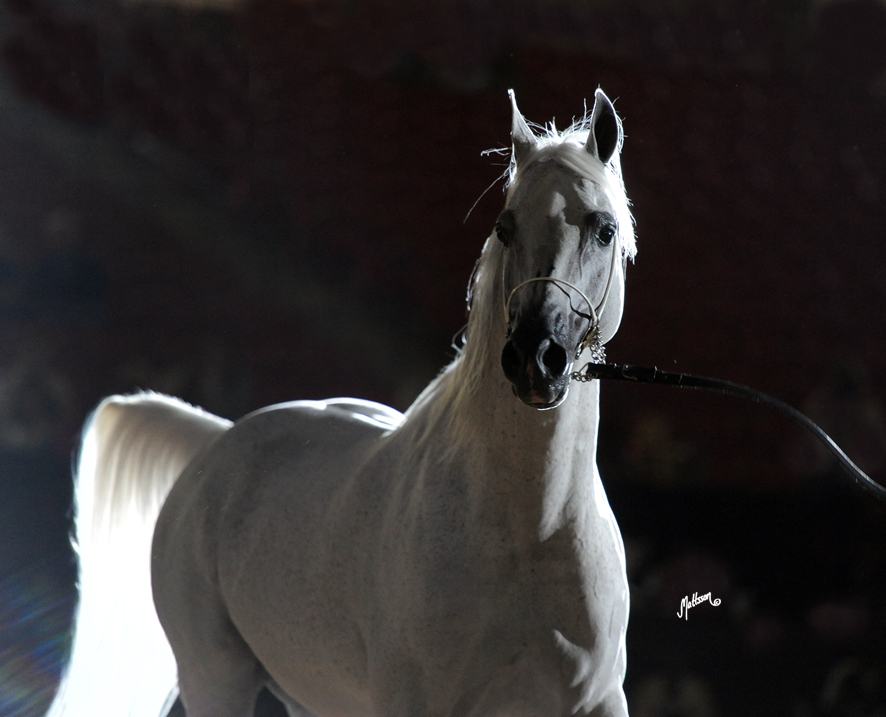 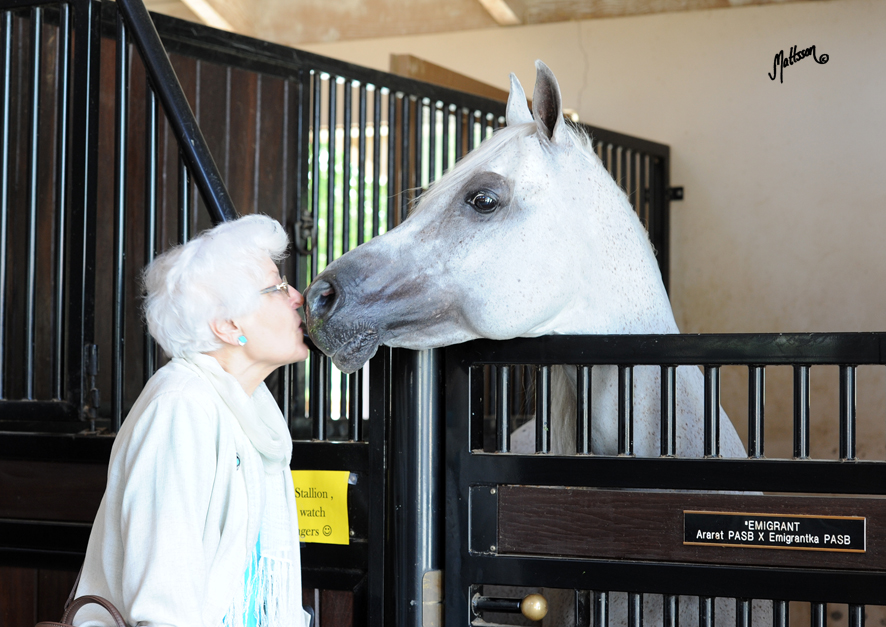 Ararat himself was the 1999 Polish National Champion Stallion and he is the only stallion that has won his class in Aachen with his son Emigrant winning his class and the grandson Emrod (Emigrant x Empressa/Probat) winning his class at the same show, making three generations capturing the three stallion classes! 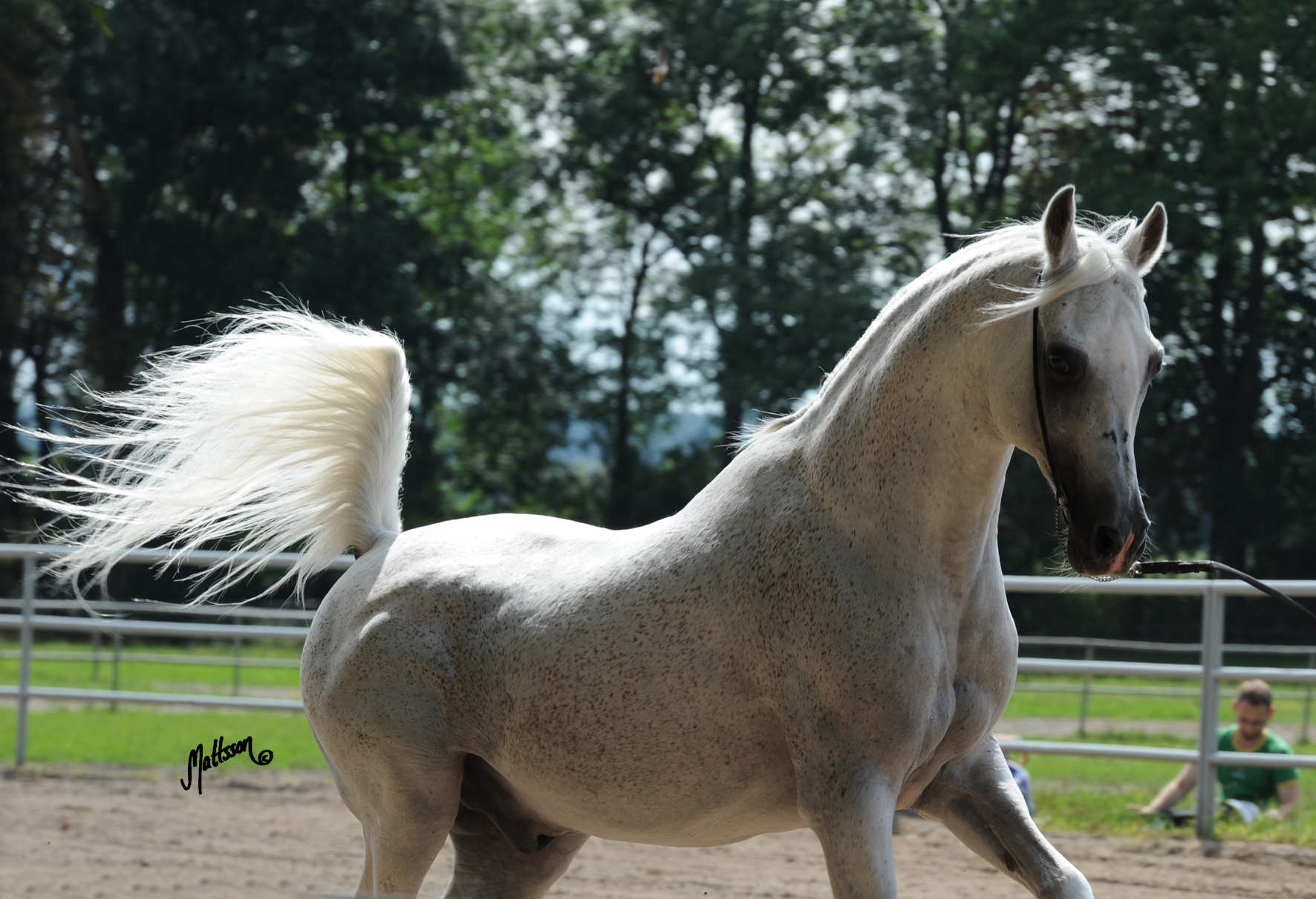 Ararat during the breeding parade at Janów Podlaski in 2010

I love visiting Ararat when I am at Janów Podlaski, he is such a sweet character and so beautiful with the cutest impression ever when he looks out of his stall with his small exquisite ears pointing right at you. Happy Birthday Ararat! 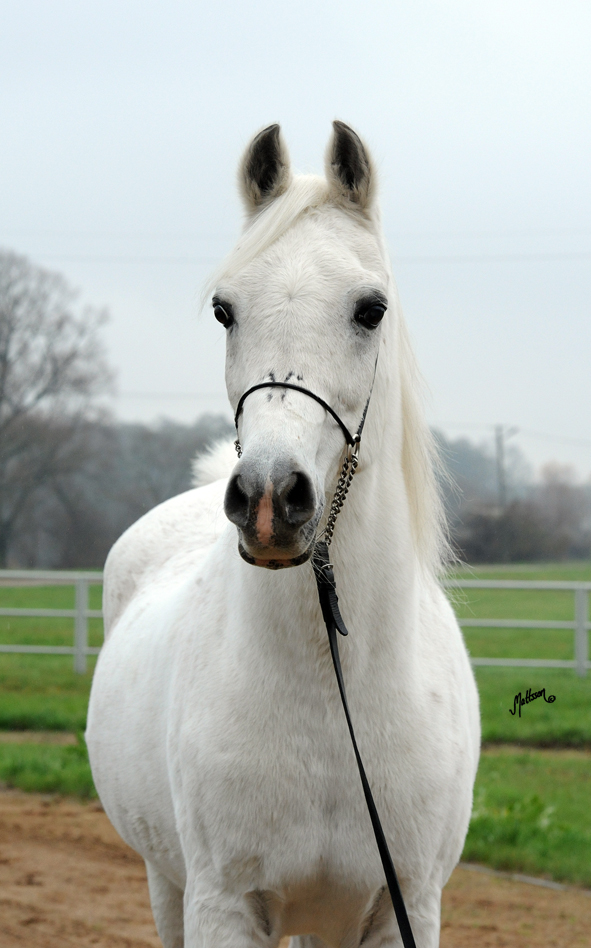 Ararat at Janów Podlaski in October 2013 at 28 years 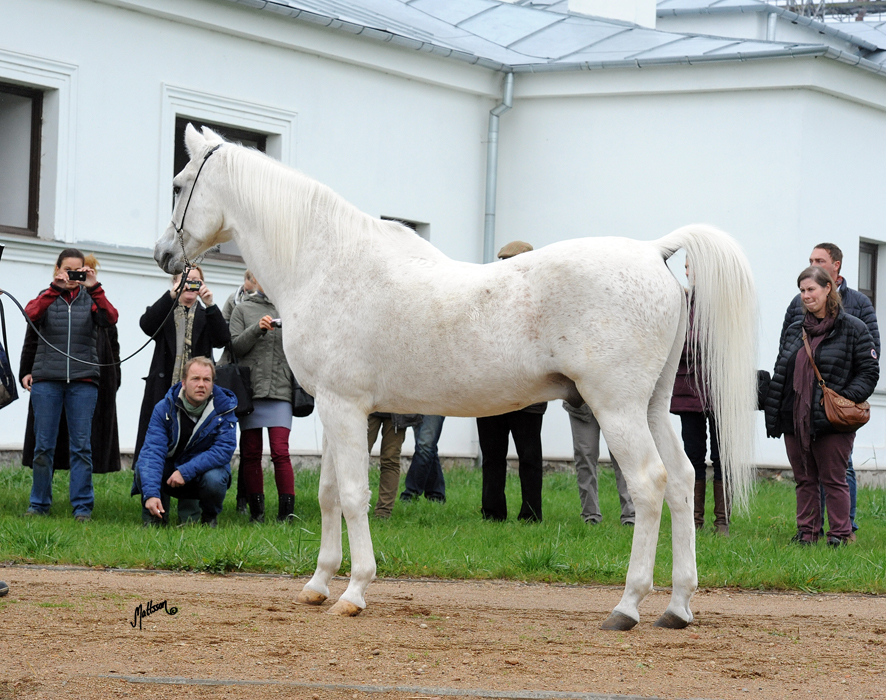