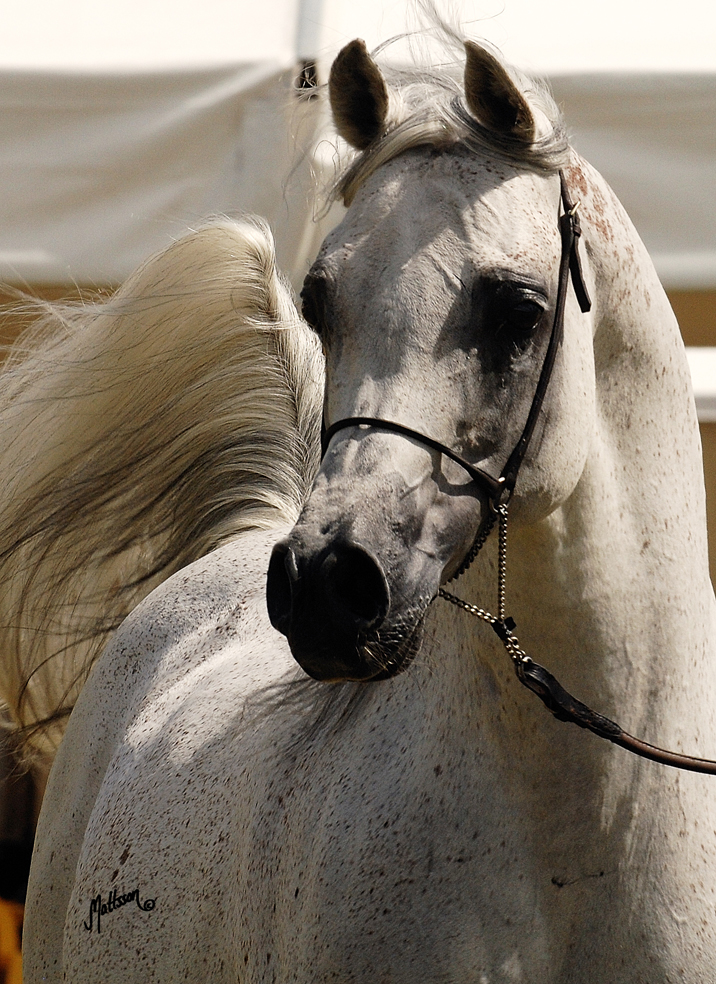 Ekstern blew everyone away winning the Polish National Junior Champion title at Michalów as a yearling and from the beginning it was obvious that he was THE showhorse and the future would proof it as he would be unbeaten in the showring. Ekstern has the ability to turn on like no one else when he enters the showring and he is second to none when he trots in with the tail over his back snorting. As a 2-year old he was shown at Babolna and was named International Junior Champion Stallion. Later that fall he was sent to the racetrack and raced during 1997 with 10 starts – 1xIII, 1xIV and 3xV. Back at Michalów he bred some mares and in 1999 his first daughters – Elgina (out of Egna/Eukaliptus), Felicjana (out of Felicja/Probat) and Wilga (out of Wenessa/Egon) – were born. 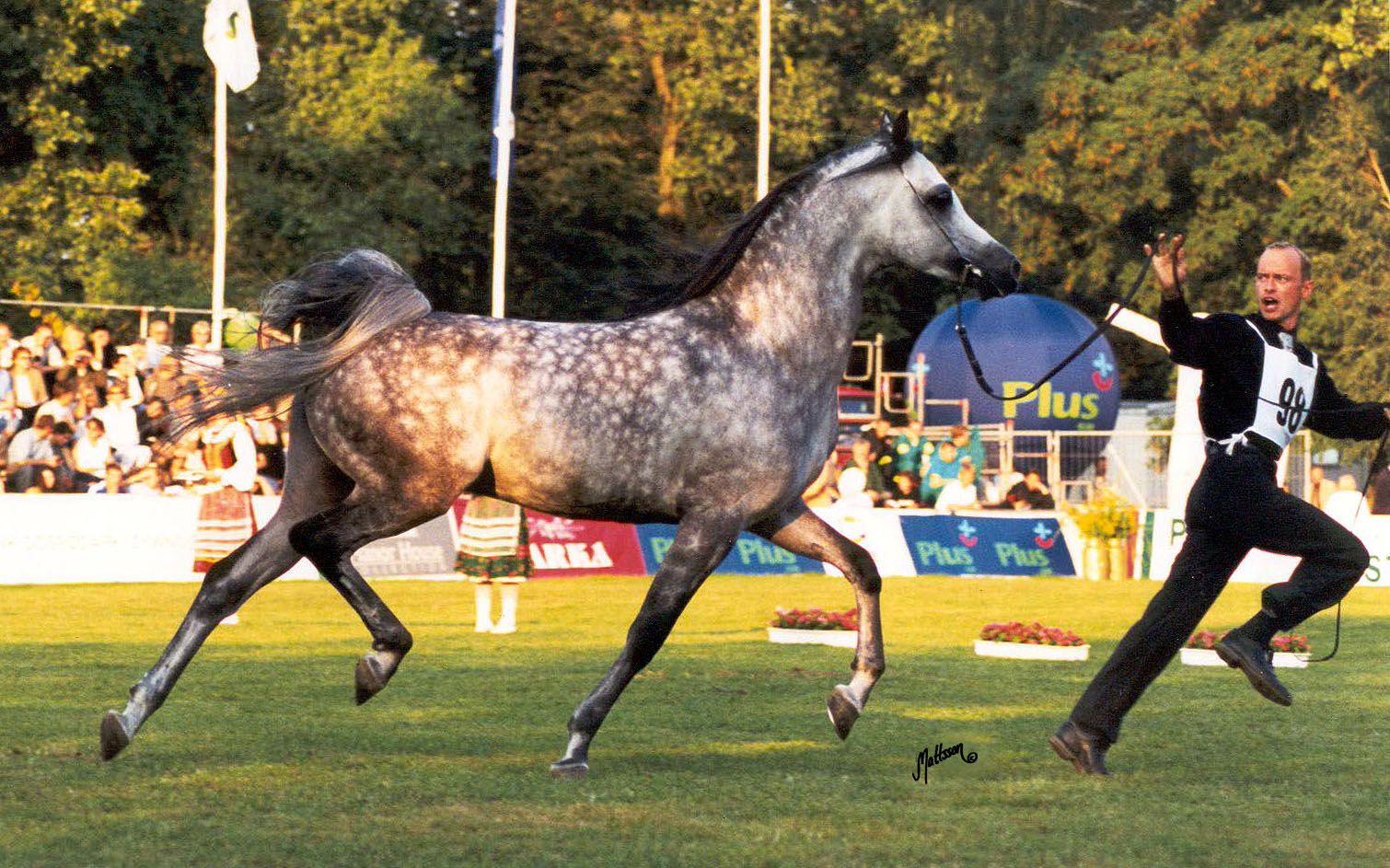 Christine Jamar, Jadem Arabians, saw the greatness in Ekstern and arranged for a lease so he went to Belgium in 1999 to stay at her farm for two seasons and the impact on her own breeding has been immense. During this time he was shown by Eric Dorssers with an incredible result: UK International Champion, Tulip Cup International Champion, All Nations Cup Champion, European Champion, Polish National Champion and World Champion Stallion. After that Ekstern was shown in 2003 winning the Mercedes Diamond Cup Champion in Borgloon. He has been shown 9 times and 9 times Champion and in 2000 he was the Triple Crown winner as the only senior stallion ever captured that title.

Ekstern´s great achievements in the showring and as a sire made him the worthy winner of the 2008 WAHO-trophy. I hope that we will see many more Ekstern offspring during the coming years and looking at Ekstern himself I am positive that he thinks that he is half his age still loving to show off in front of an audience! 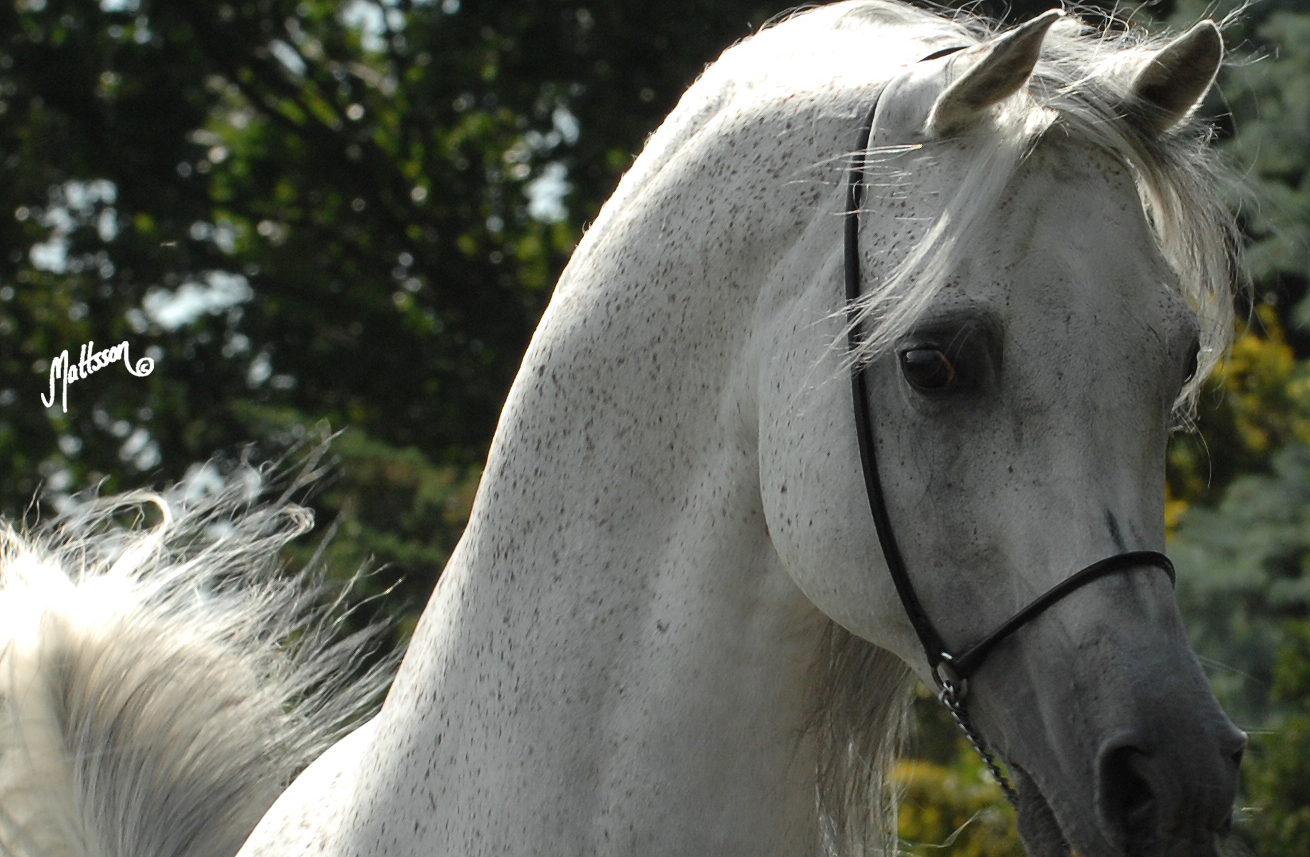